The Kirchberg (Kierchbierg) district is a vast plateau, located to the north east of Luxembourg City, split in two by the Avenue John Fitzgerald Kennedy. On both sides of this tree lined avenue are European Institutions and the business district with major banks, audit firms, international companies. But beyond the facades of large institutional buildings, discover its hidden faces.

The Auchan shopping centre, the Kinepolis cinema, the Philharmonie, the MUDAM museum of modern art and the Coque sports centre reinforce the appeal of this district.

Almost non-existent until 40 years ago, the Kirchberg district now enjoys a high level of economic activity. The Kirchberg plateau saw its fields disappear in favour of large buildings with the arrival of the European institutions in the 1960s. The district then experienced its full development in the 1980s, at the same time as the development of financial activities in Luxembourg.

The Kirchberg district enjoys a heterogeneous activity. Business atmosphere during the day for its northern and southern parts dedicated to European institutions, business and trade, more “village” atmosphere in the former Kirchberg.

Beyond business, Kirchberg is also a cultural district.

Architecture lovers will enjoy the facades of institutional buildings with very rich and varied architecture: Deutsche Bank, KPMG, Court of Justice, etc. These include the concert Hall Grande Duchesse Joséphine Charlotte or Philharmonie concert hall, a superb architectural building designed by Christian de Portzamparc and the Mudam – Museum of Modern Art Grand Duc Jean – designed by architect Ieoh Ming Pei (1917-2019). The Fortress Museum and the Luxexpo Convention Centre complete the offer.
You can also admire many works of art and sculptures such as the bird cage of the Luxembourg artist Su-Mei Tse, the monumental sculpture “Exchange” of the American sculptor Richard Serra, Giovanni Teconi’s “Big Flower Walking”, or the “Lange Bänker” representing an austere banker…

But Kirchberg is also known for its leisure facilities such as the sports complex d’Coque Sports with its swimming pool and climbing wall, or the Kinepolis Cinema multiplex.

The Kirchberg Hospital and the Bohler Clinic are also assets of the district, as well as the Auchan Shopping Centre.

Good to Know about Kirchberg

Schools: as well as a Primary school and one of the Luxembourg University campuses, there is also a European School and the Private School Sainte Sophie close to it.
See the Just Arrived education section for more info.

Shops: at the northern end is the Auchan shopping centre with a 12 500m2 two floor Hypermarket, free covered parking and a shopping gallery with 50 shops and 19 restaurants. On the other side, the Infinity project will also see the opening of a new shopping centre in 2020.

The Kirchberg district is adjacent to the districts of Weimerskirch, Neudorf/Weimershof, Clausen, and Limpertsberg can be reached via the Grande-Duchesse Charlotte Red Bridge. Kirchberg is now connected to the Pfaffenthal via tram and funicular.

Towards a rehumanization of the neighborhood?

The City of Luxembourg clearly shows its willingness to rebalance the ratio between the Housing part and the office part to give this neighborhood a little more humanity. Eventually, the district of Kirchberg should see its population increase to more than 25,000 inhabitants against less than 5,700 in 2017, while the workers should increase from 40,600 today to 64,000.

A certain number of districts will thus develop, such as the Kiem district (820 housing units), Réimerwee (480 housing units) and Grünwald, as well as Kennedy Sud.
The Op der Schleed project north of Adenauer Boulevard should see the construction of nearly 4,800 housing units for more than 10,000 additional inhabitants within 30 years.

Check the housing prices (rent/buy) by districts in Luxembourg and our comparison of neighborhoods to live in Luxembourg.

In the same way, the Kirchberg fund in charge of managing the district has entrusted an architectural firm with the task of rethinking public spaces. The goal is to give a more human aspect to this district, considered too cold and impersonal. This would involve adding shops on the ground floor of the buildings, adding street furniture to make people want to stop, and reviewing traffic routes to include pedestrian and cyclist traffic lanes. So when will we get a new Kirchberg?

Our Opinion about Kirchberg

Separated from the City centre by the bridge Grande Duchesse Charlotte, more commonly known as the Red Bridge, Kirchberg is the architectural showcase of the Capital of Luxembourg.

With many of the above-mentioned attractions mainly grouped around the avenue JFKennedy there are less local services in the residential areas. We concretely expect more pedestrian spaces with a real neighbourhood life. 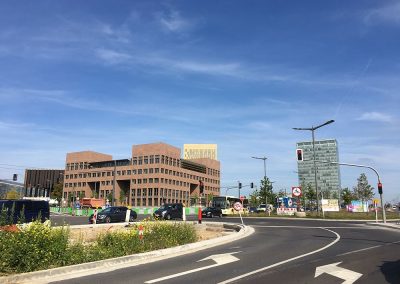 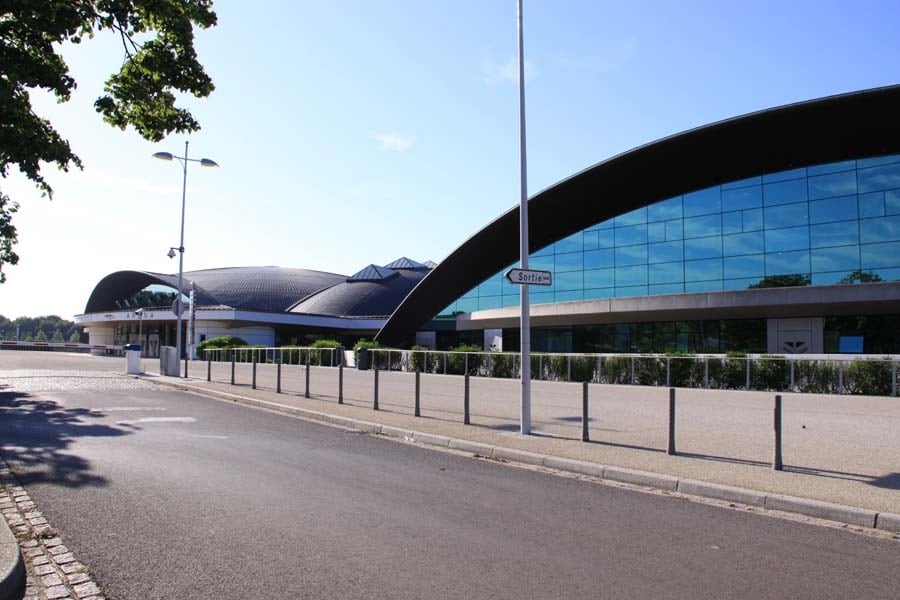