Home Going-out Leisure No ING Night Marathon Luxembourg in 2020, book your date in 2021 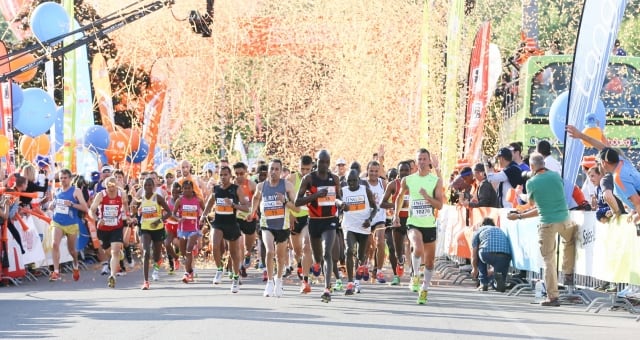 The ING Night Marathon de Luxembourg is THE annual sporting event not to be missed! This year, due to the health risks linked to the coronavirus epidemic, this event has unfortunately been cancelled.

As a result, the date of Saturday 15 May 2021 has already been set, with a start at 7pm. So keep this date to take part, either as a runner or as a spectator, in this great celebration that will once again invade the streets and districts of Luxembourg City.

What’s the story of the ING Night Marathon Luxembourg?

It all started in 2006. ING Luxembourg was actively conducting an international program around running: “Globe Runners”. ING wanted to encourage each one of us to improve our physical condition. Supporting the marathon in Luxembourg perfectly matched the ING Luxembourg mission: being THE partner of its customers, always at their side, supporting and advising them in their projects!

ING Luxembourg will remain the title sponsor of the event until 2020! Based on its experience, ING wants to maintain the proximity it has with the public, to strengthen its position on the financial market but also, of course, to promote sport and well-being for all.

Since its first edition, in 2006, the ING Night Marathon Luxembourg has been growing in popularity. Every year, the event is sold out and the enrolment is closed more and more earlier, with a waiting list of millions of candidates, waiting for a number in all races.

Since the first edition, this sports event has always been provoking passion among participants and runners.

As the race takes place on a Saturday night, the ING Night Marathon of Luxembourg allows everyone to watch it while enjoying many activities and entertainment organised throughout Luxembourg-city in a friendly and festive atmosphere. The Pétrusse Valley is lit up for the occasion with colorful lanterns, contributing to the special atmosphere of that event.

For the runners, it is a unique experience to live. Almost all along the race circuit, samba groups, DJs and supporters are present to encourage the athletes, whatever their levels: marathon, half-marathon, mini-marathon, 5k run for success, team run, roll & run…

At nightfall, the end of the race takes place in a hall of Luxexpo in Kirchberg which is totally redecorated for the occasion. Light, pyrotechnics, PA system welcome every runner. An unforgettable night for all runners, to be in the spotlight in such a festive atmosphere!

A rigorous and highly-secured organisation with more than 1,000 volunteers

The popularity of running in the recent years benefits the event. But its success is also due to the quality of the organisation and the different facilities made available to the runners.

More than 1,000 volunteers, the police services, the fire fighters, the emergency services as well as those of the city of Luxembourg make every effort to contribute to the success of the event.

Organising the event is a work which starts from the next day of the last edition for the team in charge of it!

ING, as a main partner of the race, is in charge of promoting the event, coordinating the visibility of ING and the “ING Night Marathon Luxembourg” brand through the media, public relations, or even campaigns and street marketing actions before or during the event.

ING employees are also motivated to become runners or volunteers. Nearly a quarter of the staff is mobilised for this beautiful project, so that runners will be welcomed and supervised in the best conditions.

Sun, joy, fired up supporters who will encourage our thousands of motivated runners. Each year, the concepts are renewed in order to innovate and offer surprises to people who get used to come there, spectators and runners: activities for children, interactive games with social media, goodies… The city of Luxembourg will be orange to celebrate the event!

The ING Marathon, an intercultural event

The ING Night Marathon is an intercultural and intergenerational event as it welcomes runners of the Grand-Duchy of all nationalities but also from neighbouring countries, even further. The youngest runner is 3 years old and the oldest 83 years old (Josy Simon who established in 2013 a new 100 km world record in the M80 category).

More than 16,000 runners, in all disciplines, are expected to take part in this new edition. In addition to the marathon and half-marathon, many companies take advantage of the event to take part in team runs.

The ING Night Marathon Luxembourg has become the sports event for many companies, during which the employees of each company live together a unique and sporting moment. It’s a bit like a festive and spontaneous team-building. Before the D-day, trainings are organised in companies, sportswear are offered, and many other initiatives are taken by the colleagues as a preparation.

A tip for people who take part in the marathon for the first time, runners or spectators?

For runners wishing to compete in the event, the only piece of advice is: be on time! From the beginning of the registrations in September, don’t wait! Sign without any further delay on www.ing-night-marathon.lu.

For the spectators, feel free to invest the streets of Luxembourg-City the day of the event. Support the athletes, they need you. Have fun!

Do you like sport challenges ? Do not miss the DKV Urban Trail and Müllerthal Ultra Trail.

What are the events not to be missed when living in Luxembourg?

Settling and integrating in Luxembourg: the keys to success!
More information
Download