Thanks to its multicultural character and its status as a European capital, Luxembourg offers a varied and quality musical offer.

Don’t forget to register on the different websites of the concert halls or show to know the program in advance and be able to book your tickets on time?

To be informed about outings and buy tickets for shows and concerts, click here.

Moreover, do not neglect the many festivals offered in Luxembourg such as the Festival of Migrations for example. They are often the occasion to discover other musics of the world or unknown artists.

A special musical event will delight music lovers and parties: the Music Festival in June, which in Luxembourg lasts for several days! The animation Summer in the City is also the occasion of many concerts and music festivals.

See the annual calendar of events and other events not to be missed in Luxembourg.

Many dance and ballet shows are also offered, whether in the city’s theatres, in cultural centers or in private halls like Rockhal. You can meet international troupes, as well as local dancers or dancers from all over the world for intercultural shows.

Located in the district of Luxembourg-Bonnevoie, the TROIS C-L is the reference structure for contemporary dance in Luxembourg.
On the 3rd of each month, the TROIS C-L organises the “3 du TROIS”, with a resolutely multidisciplinary artistic programme that attempts to rethink and question society and the art of choreography. For the public, it is a unique opportunity to discover the world of contemporary dance from different horizons and to share times of exchange with the invited artists.
Initiated by the TROIS C-L in 2015, the “Émergences” includes a programme of support for contemporary creation, in various forms, as well as a cycle of public performances. The aim of the project is to highlight the choreographic signatures in the making in the artistic landscape in Luxembourg, while creating bridges between young creators and the general public.
The Trois-C-L also offers dance classes.

The different concert halls or cafés with live music offer an eclectic and diversified programme to suit all musical tastes and all lovers of contemporary, classical or folk dance.

The Philharmonie (Kirchberg district) will allow you to attend classical music concerts in a prestigious setting with a perfect sound system.

For pop or rock concerts, you can choose between La Coque in Kirchberg district, the Rockhal, Casino 2000 or den Atelier for a more intimate side.

Whether it is to discover music, learn to play a musical instrument or sing in a choir, we have selected some activities for you to awaken to the music or to perfect your musical art.

Located in Kirchberg district in Luxembourg, Philharmonie offers young children an introduction to music via a series of concerts. These workshops are constituted depending on the age of the participants.

Conservatory of the City of Luxembourg

Created in 1906 thanks to a private donation, the Conservatoire de la Ville de Luxembourg is located in the district of Merl since 1984. It has a prestigious auditorium of more than 600 places whose acoustics has already attracted many artists including Mstislav Rostropovitch.

The Conservatory is a school of music and dance.  More than 3,800 students from 7 to 25 years old benefit from music or dance lessons, offered by more than 170 teachers, in 140 theoretical and practical disciplines. More than 2,700 hours of music are taught each week.
For the youngest, an introduction to music is possible from the age of 3 with the “Mini music” activity, and classical dance is taught from the age of 7.

The conservatory offers courses in many disciplines, whether for leisure or for a professional vocation towards music or the performing arts.
For example, there are lessons in various musical instruments, dance and singing, as well as courses in diction, drama in German and French, improvisation, body expression, directing, breathing and theatre history. The volume of the courses varies according to the objective pursued. They can be collective for lessons such as dance or theatre, or individual for learning to play a specific instrument.

The conservatory also has relay establishments in the districts of the city of Luxembourg, in collaboration with music schools.

Registration requests take place during the first fortnight of September and the actual entries are made according to the places available in the different subjects requested. Qualifying exams may be requested. The conservatory welcomes not only Luxembourg residents but also non-residents.

The conservatory museum presents music archives and ancient musical instruments, including the piano on which Franz Liszt performed his last concert in 1886.

The Municipal Harmony of Rollingergrund, in relation with the Conservatoire de Luxembourg, offers solfège lessons and wind instruments for brass and woodwinds. Notice to musicians looking for an orchestra to express their talents : very good orchestra amateur of wind instruments, the Harmonie municipale regularly seeks new musicians, among others percussionists.

You can also ask your local authority for more information. Municipalities offer many activities for their residents.

We will not mention here all the music and dance schools in Luxembourg. You will find their contact details in your town or directly on the internet.

You can also ask your friends, other parents… You may even be able to organise joint trips for your children.

The summer goes into overtime in Luxembourg. The perfect season to visit Grand Duchy, whether you have been living in the country for a long time or have recently moved in as an expatriate. Would you like to know the unmissable places to see or... 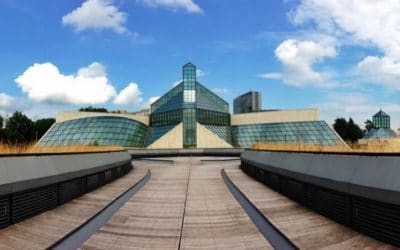 Luxembourg is rich in museums, reflecting its history, its culture and its natural diversity. Every year, Luxembourg's museums open their doors to visitors free of charge to showcase the richness of the Grand-Ducal heritage. Luxembourg Museum...