Training and language learning for adults

The offer in languages courses is very vast in Luxembourg, whether they are ran by public or private bodies.

The National Institute of Languages

The National Institute of Languages is a key player in the languages learning process in Luxembourg. For an annual very moderate cost, you can learn up to 8 languages among which: Luxembourgish, German, French, Chinese, Italian, Spanish and Portuguese, with certifications on top. No more excuse not to fit in one of the multiple communities of Luxembourg!

In Luxembourg, you will find many private companies offering language courses either individually, inter-company or intra-company.

In most cases, these companies also organise intensive language courses for children and young people during the school holidays in French, German or English.

This special leave authorises you up to 200 training hours throughout your professional career. The objective of this measure? Making your integration in Luxembourg society easier.

For more information on the training leave dedicated to Luxembourgish.

Luxembourgish courses thanks to municipalities and public bodies

In a purpose of integration of their citizens, numerous Luxembourg municipalities propose Luxembourgish lessons to their residents. Inquire directly with your municipality of residence.

Plus, remedial language courses are directly given in Luxembourg schools with the new expat pupils to facilitate their integration.

Public integration bodies such as ASTI or CLAE also offer courses in Luxembourgish and other official languages.

Learning luxembourgish with the City of Luxembourg

The City of Luxembourg proposes language and culture courses for adults. These lessons come in four levels: beginner, intermediary, confirmed and oral mastery. The courses take place from September until July and are proposed twice a week. You will find the detailed contents of the courses and the schedules of these on the VDL website.

There are besides multiple ways to learn Luxembourgish apart from the courses given by the municipalities.

Are you intending to move in to Luxembourg but are still in your country of origin? Here is an excellent way to get familiar with the Luxembourg language and to learn what you will need in any conversation.  These Luxembourgish courses are not exhaustive.

Languages Coffee Shop: learn a language in a friendly way!

A wonderful free concept, at the same time cultural, educational and gastronomic, the Café des Langues allows you to learn a language in a very friendly and friendly way! And you also meet new people!

Several associations and places regularly organize language cafés. among these:

Consult the facebook page of the Café des Langues to find out the dates and locations of appointments, 1X/month, the penultimate Tuesday of the month in general, and sit down, on D-Day, at the table of your choice.
You will be able to practice French, English, Luxembourgish, German, Spanish, Arabic, Russian, Chinese….There is no limit! Around a BBQ, tapas or other events, your learning will be linguistic, but also cultural and friendly.

ASTI also organizes Language Cafés every last Wednesday of the month at the Cultural Centre Drescherhaus in Dommeldange upon prior registration by email: travcom@asti.lu. You can practice Luxembourgish, French, German, English, Italian, Spanish or Portuguese. Drinks and childcare on site. 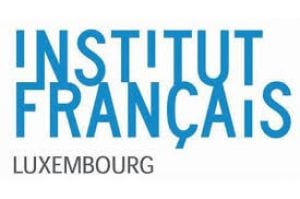