The Luxembourg City Film Festival is the leading film event in Luxembourg. From 7 to 17 March 2019, during the 9th Luxembourg Film Festival, all film enthusiasts have the opportunity to discover many films, documentaries and short films selected from around the world.

As every year, the Luxembourg Film Festival will be the occasion for numerous screenings on various subjects. There will be a documentary on Syria at war “Still recording”, or the opening of the festival on a play by Julianne Moore “Gloria Bell”. We will also see a young girl playing footaball fighting to raise a family in “Home Games”.

Nearly 80 films were selected for the event and screened in the emblematic venues of Luxembourg City, including the Cinémathèque, Cercle Cité. Other screening venues include the Ciné Utopia and Kinepolis,… Take the opportunity to visit the exhibition at and Casino Luxembourg – Contemporary Art Forum, partner and headquarters of the event.

At the end of this festival, various prizes are awarded to meet the tastes and criticisms of all ages, including young people and children.

You can buy your tickets and Passes directly on the internet or at the Headquarters between 11:00 and 19:00.

Do you want to know other outings for the whole family? Consult our pages outings and leisures.

Are you passionate about movies? Don’t miss the Italian Film Festival in Villerupt.

More information about cinema and theater in Luxembourg 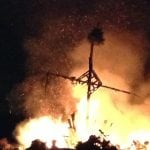