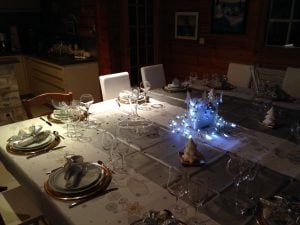 The end of November also means the beginning of the Christmas markets “Chrëschtmaart”. Typical and gourmet, these markets are numerous every year in Luxembourg and contribute to giving a festive and warm atmosphere to this very special time of the year.

These Advent or Christmas markets are made up of many small wooden chalets located in the most important squares of the cities. They offer visitors musical and luminous entertainment, as well as small chalets where you can buy a wide range of small handicrafts that can be used as Christmas gifts or traditional dishes such as Gromperkichelcher (potato pancakes), Spätzle (egg pasta), Grillwurst (roasted sausages),… accompanied by Glühwein (mulled wine), or even discover other dishes from elsewhere.

Very friendly, these Advent markets are crowded, including lunches, to enjoy food stands, decorations and other Christmas lights. Advent is a very joyful and festive time in Luxembourg.

Are you an expat or new arrival in Luxembourg and would like to go along?

From 15 November to 22 December, the city of Esch-sur-Alzette welcomes its visitors to its Advent market. Entertainment and concerts on Thursdays, Fridays, Saturdays and Sundays evenings.

The medieval Christmas market of Dudelange

On the Place de l’Hôtel de Ville de Dudelange, about forty small chalets are located in an atmosphere worthy of the medieval era. Crafts, drinks and typical dishes, entertainment and shows will be offered: tavern, campfire, storyteller,…
Every day, a beautiful program is set up to bring to this traditional Christmas market a touch of originality from the past among the exhibitors. Children’s activities will start on December 1st, while the Christmas market will be officially open from December 6th at 6pm and will be open until December 15th.

In Luxembourg City, the Christmas festivities are called “Winterlights”. For more than a month, from November 21 to January 5, the capital is decorated with Christmas decorations: light games, nativity scenes, illuminations with several tens of kilometres of garlands of light, more than 100 chalets on the Christmas markets, giant decorated trees,… Everything is done to ensure that the city radiates warmth and friendliness!

Of course, let’s not forget the must-see Knuedler on Ice in Luxembourg: from 21 November 2019 to 5 January 2020, the traditional 800 m² heated ice rink will be located on Place Guillaume II, right in the city centre. This one will be surrounded by chalets allowing you to eat on site in a musical and festive atmosphere. Ice sculpture demonstrations. The kids love it! And adults too, with the presence of the gastronomic village.

The traditional Cirque du Lux is back in business from 29 November to 31 December. Located on the Place du Glacis, Limpertsberg district. Information and tickets on luxemburger-adventscircus.com.

The traditional St. Nicholas’ Procession will take place this year on Sunday, December 1st. Saint Nicolas will arrive at the Central Station at 1:30 pm for a candy distribution in a musical atmosphere. It will then go up the Avenue de la Gare to arrive Rue de Strasbourg around 3pm, then Place de la Constitution around 4pm to finish Place Guillaume II around 5pm. Learn more about it.

The stores will be open on Sunday afternoons from November 24 to December 22. More information on Sunday store openings.

26 December is public holiday in Luxembourg. 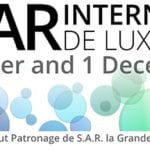 The International Bazaar: a celebration of the cultural diversity of LuxembourgGoing-out Leisure