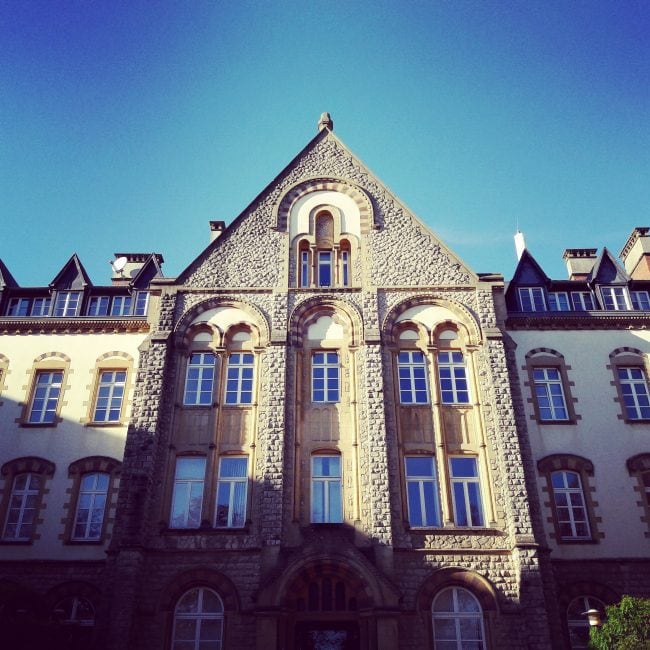 As everyone knows, the Limpertsberg district in Luxembourg faces today many traffic problems, especially when entering and leaving schools. School buses in the neighborhood reinforce residents’ feelings of discontent.

By 2025 more than 5,000 pupils and students are expected to leave the Limpertsberg area with the planned short-term move of several schools and the University of Luxembourg. Public authorities have taken it into account as they wish to reduce traffic in the neighborhood.

Move of several schools in Luxembourg

In September 2017, the EFL (French School in Luxembourg) launched the movement with its move to Luxembourg-Gasperich as part of the consolidation of the French campus of Vauban. Students of the French school Vauban will follow, at the beginning of February 2018, to settle in the Ban de Gasperich.

The Luxembourgish Lycée Michel Lucius is due to move to the Kirchberg district by 2025. The Waldorfschoul would also move to Kirchberg earlier, around 2023, in the same “Op der Schleed” area.

If today no decision is made on the future location of the Lycée Technique du Centre, it seems that the site of the P&R Luxembourg-sud is one possibility. The other one is to buy the old premises of Vauban.

The Belval site will host the many students of the University of Luxembourg.

The land freed by the various schools will be reused for the construction of new housing, in order to meet at least partly the strong demand for real estate in Luxembourg.

Your child’s school changes address? Find out about public and school transport.