Located on the Constitution Square, in the heart of the downtown of Luxembourg, the statue of the Gelle Frä, in other words “the gold woman” is one of the most famous statues of the city and a remembrance monument.

Featured on many iconic photos of the country, always present over the Christmas markets, clearly visible by far thanks to its dizzying height and its shimmering brilliance, this statue “Gelle Frä” which means gold woman represents a real symbol yet emotionally charged.

Real historical jewel of the city of Luxembourg, the Gelle Frä often attracts many questions on the part of tourists. It must be said that, reaching a peak of 21 meters high on its obelisk stone, this golden statue depicting a woman holding a laurel wreath to two soldiers (the one caring for the lying body of his fellow, who fell during a battle) is as colossal as meaningful. Being now an integral part of the landscape of the city, it is nonetheless important to recall its great symbolic role…

What does the statue of Gëlle Fra represent?

The Gelle Frä was created in 1921 and inaugurated in 1923 in memory of the Luxembourgian fallen soldiers at the front during the first World War.

Then destroyed by the nazis in 1940, it was only in 1984, after a long wave of patriotic protest on the part of the inhabitants, that it was rehabilitated and restored to regain its original appearance and be returned to the place it had been assigned to.

Today, as a witness to history, this symbol represents not only peace, freedom, the memory of the missing soldiers during World War I and II, but also the Luxembourgian patriotism.

It is as a result from the organization of a competition to commemorate the missing of the first world war that the Gelle Frä was born from the hands of the Luxembourgian sculptor Claus Cito. Surrounded by 17 other projects, it was chosen by the jury to represent the memory of the soldiers who died in the battle. Despite the fate suffered during the Nazi occupation, this statue now stands proudly to all and is, for decades, the symbol of a people and its historical past !

Rehabilitation of the Constitution Square

A new restructuring project provides for the rehabilitation of the Place de la Constitution. A competition will be launched to define the best project. But it will have to include the banning of cars and tourist buses, as well as the service to the Petrusse Valley via an elevator.  No deadline has been set for the moment.

To learn more about Luxembourg history, read our article. 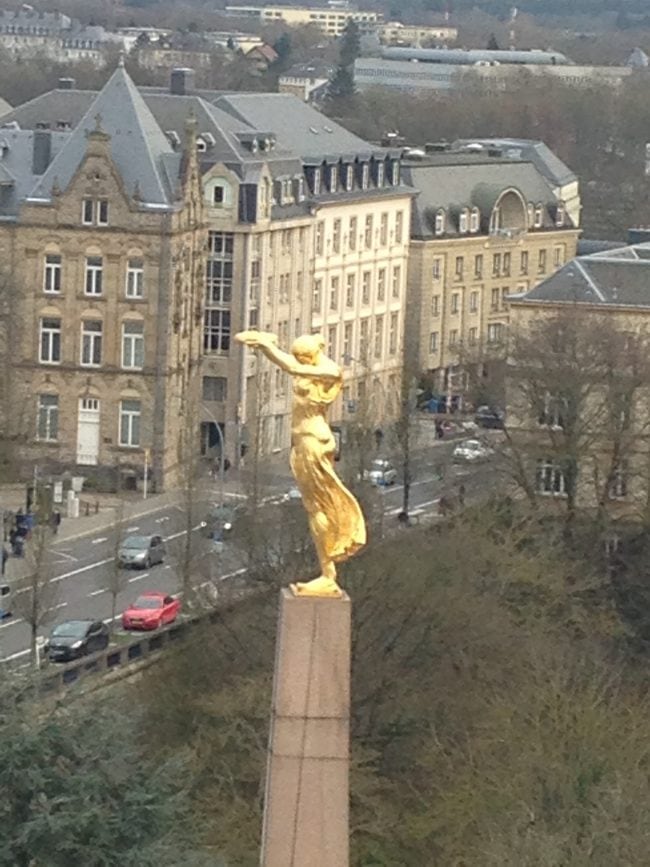