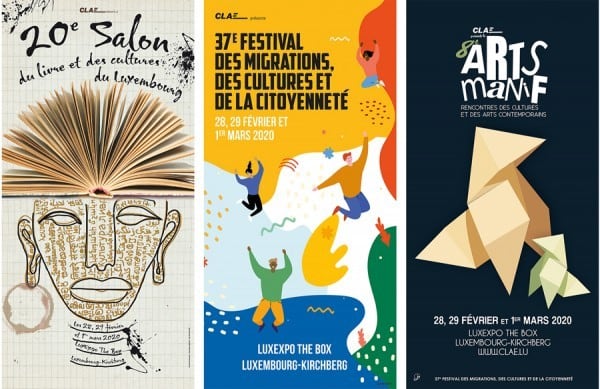 Organised by the CLAE, Liaison Committee of Foreigners’ Associations, this must-attend event in Luxembourg will take place on 28th, 29th of February and 1st of March at Luxexpo in Kirchberg. The Festival of Migrations is the celebration of cultural diversity in Luxembourg: more than 170 nationalities are represented in the country.

37th Festival of Migrations, Cultures and Citizenship in Luxembourg

The festival introduces the general public to the diversity of these cultures through nearly 300 associative stands, debates and round tables, as well as culinary specialties, exhibitions, concerts , shows and animations for children.

Admission is free, but donations allow CLAE to organize this event, coupled with the Book and Cultures Fair in Luxembourg, with the support of the Ministry of Culture and the City of Luxembourg.Once again, there will be more than 400 stands for this new edition of the Festival of Migrations, synonymous with meetings and multiculturalism in all its forms (music, books, dance, etc.).

Visite the multicultural associations’ stands that celebrate the Luxembourg cultural mix but also the stands of the main Luxembourgish integration institutions that are in charge of welcoming newcomers and foreigners in Luxembourg.

At the Festival of Migrations, Cultures and Citizenship, you can attend many festive and friendly activities: debates, animations, scenic shows, cultural and artistic activities, concerts … Everything is done to make this event a place of exchange, meetings and cultural discoveries, to measure the whole intercultural dimension of the Grand-Duchy of Luxembourg.

The Festival of Migrations also hosts the 20th Book and Cultures Fair, with nearly 150 literary stands of associations, booksellers, publishers and a hundred writers from several countries for signing meetings.

The official opening will take place on Saturday 29 February in the LuxExpo hall in the presence of the authorities and VIP guests.

Free entrance. The donations collected make it possible to organize this festival.

Multiculturalism and traditions in the Festival of Migrations, testimony

“Oh finally I ate kushari!” said an Austrian young woman who was attending the last Festival of Migrations in Luxembourg.

All present nationalities in Luxembourg had took part in this festival, presenting their traditional food, jewelry, clothes, fabrics, handmade crafts and lots of other interesting goods.

The Clae, the Red Cross, Caritas, the ASTI, the CFLH, the CEFIS, the INL and lots of other organisations that work on different humanitarian, educational and professional support were there to promote their actions to everyone. The festival also hosted lots of artists from all around the world giving us the chance to share with them their artistic point of view.

Along with a very energetic interesting dancing and preforming shows from Palestine, Algeria, Germany and Africa. The cultural mix and the various qualities offered in the festival were very unique and original, the food served was very tasty and all countries were showing the best of their people and materials. Few of the Luxmbourgish ministers visited the festival and shared the joy and excitement of the festival atmosphere.

It was a great fun! I will definitely return! 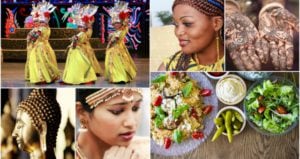 Do you want to discover other intercultural events in Luxembourg? Do not miss the International Bazar!