Do you like running or Nordic walking and want to support a good cause? The “Run in the Dark” race, which will take place on November 13, will allow everyone to mobilize and support the fight against paralysis.

Run in the dark

The 6th edition of the Run in the Dark race, in support of the paralysis, will take place on Wednesday 13 November in Luxembourg as in more than 50 cities around the world with the same start at 8pm.

Due to an accident that Irish athlete Mark Pollock, the first blind person to travel to the South Pole and a fan of endurance racing, was paralyzed. At the initiative of his friends, the first Run in the Dark race took place while he was still in hospital. Then, through the Irish community, the movement quickly spread around the world, including Luxembourg.

Each year, the number of participants increases. You too can support the Mark Pollock Trust by running or walking the 5 or 10 km of the Run in the Dark on November 13 from 8pm, departure from Big Beer Company in Clausen. Each participant will be equipped with a flashing armband and will receive a bag of goodies and refreshments after the race.

To know more about it

You can also create your own fundraising campaign on the Run in the Dark page. 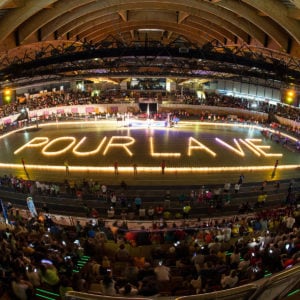 Another major charity event traditionally takes place in spring at d’Coque: the Relais pour la Vie (Relay for Life). Registration is open from November 7, 2019 for the 2020 edition which will take place on March 21 and 22.

This highly expected event is organized by the Cancer Foundation. Each year, more than 10,000 participants (13,000 in 2019) organized in teams, take turns walking or running on the track of the Coque as part of a relay over 24 hours. Two key moments frame this relay. First the opening ceremony to kick off.  Then, the candlelight ceremony closes this fabulous moment with a minute’s silence and messages of sharing, hope and love.

Each team organizes itself to lead this relay so that one person is permanently on the track. The idea is to show that the disease leaves no respite to patients and to support cancer patients.

Teams (between 24 and 48 people) can register from 7 November in one of the different categories. You can choose between associations, schools (high schools, universities, etc.), companies and institutions, countries, health professions or supporters (families, friends, etc.)

The registration fee is 300 euros per team. Registrations are closed as soon as 375 teams have been formed. So don’t delay in organizing your team! More information here.

Organised by the Europa Donna Luxembourg association in collaboration with the City of Luxembourg, this race aims to support breast cancer patients on a daily basis in their fight against the disease.

As every year for 17 years, the race starts at 10:00 am at Neumunster Abbey in the Grund. The 4 km route, which stretches along the Pétrusse Valley and runs through the old districts of the City of Luxembourg. Everyone can choose to do the route by walking or running, once or several times depending on their endurance.

Registrations can be made online at broschtkriibslaf.lu. The price of participation is 12 euros per adult or 6 euros from 13 to 25 years old.

At the end of the race and in a friendly atmosphere, stands allow you to eat. A tombola is also organised with a draw for bib numbers.

More about health in Luxembourg

To practice a sporting activity

Did you like this article? Feel free to share it on your social networks or send it to your friends 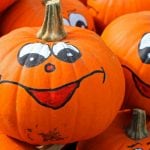 Where to celebrate Halloween with your kids in Luxembourg?Going-out Leisure 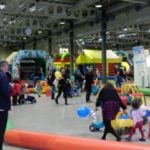