With the UK’s announced exit from the European Union in March 2019, the whole City of London is shaky. Indeed, the London financial industry is actively preparing its redeployment to other European financial centres. And Luxembourg could benefit from this. Let us study the possible consequences of the British vote of 23 June 2016 in the referendum on the “British Exit”.

A redeployment of the European financial centre in Luxembourg?

Year after year, the Grand Duchy of Luxembourg maintains its AAA rating by major rating agencies such as Standard & Poors in March 2018 and more recently DBRS on 7 September. Moreover, the outlook is good with Luxembourg’s economic growth above the growth known by its neighbouring countries, soundly managed public finances and a solid political environment. Luxembourg therefore offers many advantages for companies seeking to leave Great Britain and establish themselves within the European Union.

Many banks, both English and non-English, have already expressed their interest in setting up in Luxembourg. Already established in Luxembourg, they could bring their activities from the City to the Grand Duchy. JP Morgan, Morgan Stanley, Goldman Sachs, Rakuten Commercial Banking, Bank of America, HSBC, Shanghai Pudong Bank and many others would already be potential candidates for this relocation.

What are the consequences for the Luxembourg real estate market?

The characteristics of the Luxembourg property market have certainly been a decisive factor in the choice of these companies to relocate to the Grand Duchy. The expected returns on corporate real estate investments are indeed much higher in Luxembourg than in other European capitals.

The impact on the Luxembourg real estate market concerns both commercial and residential real estate. On the one hand, companies setting up in Luxembourg will have to invest in new office premises in order to accommodate their activities and employees. On the other hand, as regards the residential real estate market, the employees previously based in London will have to relocate to the Grand Duchy. The Financial Times estimates that as early as 2017, British companies anticipated Brexit. This would have resulted, among other things, in a 10% increase in the population employed in Luxembourg asset management.

Brexit should then have a positive effect on the sector and real estate investments in Luxembourg are expected to increase. This leaves good prospects for the future for a constantly growing Luxembourg real estate market! 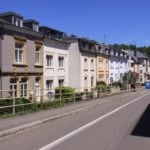 Renting or buying in Luxembourg in 2018?Housing 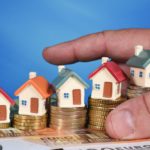