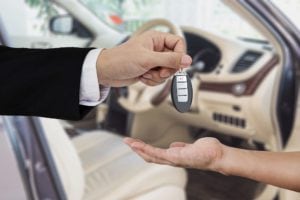 We suggest here 2 ways to get around by car in Luxembourg, but in a much more friendly, cheaper and more eco-responsible with carpooling and car-sharing or self-service cars.
Instead of using conventional public transport and to avoid travelling by bus or train, sharing a car can also help you to avoid all formalities related to a personal vehicle.

Thanks to carpooling, it is now possible to go to work without traveling by train or bus and without paying a fortune in gasoline or parking fees. The concept of carpooling? Share the trip and the costs of it with other people going in the same direction as you, or even to the same destination.

Individually you limit the cost of gas and parking, and  you spend a more pleasant time especially in the traffic jams. In addition you promote the ecology of our planet! In addition, this can be a great way to meet other people!

Carpooling is a growing type of travel in Luxembourg. Little used a few years ago, it is now attracting more and more fans, especially among cross-border workers who suffer traffic jams every day. Carpool websites are registering more and more users, and therefore proposed routes.
Several carpool websites exist, you just have to look if trips corresponding to your choice of destination are planned.

CoPilote, a carpool portal launched by the government

Since May 2018, a new carpool app is available in Luxembourg : copilote.lu. Supported by the public authorities, this portal aims to develop carpooling and alternative transport methods for everyday trips between home and work. With an observed vehicle filling rate to a maximum of 1.2 people according to a Luxmobil study conducted in 2017, ie 250,000 seats. free each day at the level of the Luxembourg capital, it is important for the government to increase this rate. The Ministry also encourages companies to promote carpooling by providing car park spaces for car pooling and as part of the launch of the project to reimburse carpool expenses (€ 2 per trip for up to two trips per day) until july.

How it works ? This portal developed by a subsidiary of the SNCF wants to be a dynamic platform with the possibility for the driver and the user to geolocate. When registering (free of charge), the driver indicates the journey, the schedule and the price (10 cents per kilometer maximum). The passengers then reserve their place by paying online. Both parties can also rate each other.

The copilote.lu platform is for the moment only available in french but provided in english and german lately.

The carpool platform karzoo.eu is 100% free for the Greater Region. This site aims to reduce the traffic on the roads while making a gesture for the environment.

Pendlerportal.de is the free carpooling platform offered by the Verkéiersverbond (transport community in Luxembourg).

There are now several car sharing companies in Luxembourg. The principle ? It is not a question of sharing a trip like with carpooling, but of sharing a vehicle!

Carloh, an initiative of the Luxembourg City

How does carsharing Carloh work? At each Carloh station in town (16 at the end of 2019), there are 34 5-door vehicles available for users to use a car for a specific duration: Polo Volkswagen, Opel Corsa, electrical car Renault Zoé électriques or Opel Meriva. The population is then able to use a car when it need one. Hence, it reduces pollution and traffic caused by the surplus of cars in the city today.

After a little training session and briefing any person with a driver’s license can use this service. A great way to benefit from a car without the disadvantages, and further more it is reasonably priced. A real transport revolution in Luxembourg!
Where are the stations Carloh, car sharing in Luxembourg ? As an Eco mobility option Carloh is presented as an additional means of public transport and car sharing in Luxembourg. If you would like to use Carloh then all you have to do is sign up on their website and reserve your vehicle!  Carloh now has nearly 700 loyal users.

Flex.lu is the car-sharing system set up by the CFL (Chemins de Fer Luxembourgeois). Carsharing stations (more than 30) are therefore directly connected with railway stations. They therefore offer significant flexibility between the place of arrival at the station and the place of work, for example;

Several formulas available for regular or occasional use.

City Mov ‘, the other car-sharing solution

Another car-sharing solution for electric cars is also being implemented in Luxembourg with City Mov ‘. You can get all the information on the website.

See their website for all GARD member breakdown service companies who are committed too offering a high quality service.www.gard.lu