Fancy-dress ball? Creative workshops? Door-to-door? Although this is not strictly speaking a Luxembourgish tradition, Halloween not only pleases the Anglo-Saxon community of Luxembourg, but also all children. Halloween is fast approaching and, as usually, many parents do not know yet what to do with their children. Just Arrived has selected for you several original ways to celebrate Halloween with your children in Luxembourg or its surroundings!

The traditional Trauliichtwochen in the Ardennes

Luxembourg’s traditional “trauliichtwochen” (beetroot week) takes place this year from 20 October to 2 November at the Robbesscheier Tourist Center. As an ancestral tradition, the beetroot week consists in parading in the streets with “Traulichter“, i.e. beet home-made lanterns reproducing scary faces. With this, we chase away Autmn and Winter bad spirits so that everyone can get through the bad season and be in good health for Spring.

This year, the “Dag vum Trauliicht”, i. e. the procession and activities of the Trauliichtwochen, will take place specifically on Saturday 26 and Thursday 31 October. For more information, contact the Tourist Center Robbesscheier – 1, Frummeschgaass L-9766 Munshausen, info@touristcenter.lu

America’s Halloween tradition with the AWCL

Every year, the American Women’s Club of Luxembourg organizes the Halloween celebration in Luxembourg. Part of the profits from this celebration are donated to various local charities. Non-AWCL members can also participate, this event is open to the public. More information on the site de l’AWCL.

If your child is not a fan of a costume ball or door-to-door, consider offering to participate in a sewing workshop, for example! This is traditionally organised by the Niederanven Cultural Centre. They will be able to benefit from the advice and know-how of Natercia Rebelo, fashion designer. More information: Kulturhaus Niederanven -145, route de Trèves – L-6940 Niederanven – www.khn.lu.

Halloween at the Vianden Castle

Visit Vianden Castle and more particularly its cellars in the very special Halloween atmosphere, this is what is on offer on October 26 from 4pm to 8pm. Many activities, drinks for children and adults, and many other surprises. By reservation only. See the program.

Hanlloween magic at the Han Caves

Come and experience Halloween at the Domaine des Grottes de Han in Belgium, where you can meet strange characters wandering in the Han Animal Park or in the Lair of the Trolls, a new route within the caves. For the occasion, the restaurant will also house a cemetery for the undead. The events are scheduled from 26 October to 3 November.

From October 19 to November 3, the entireWalygator park in Amnéville, France, is dressed in Halloween colours with thousands of pumpkins, animated sets and street shows, the Haunted House, the cursed labyrinth and a new show: the Demoniak Show. Saturday 26 and Thursday 31 October will be marked by nocturnal events with special animations such as the burning of the haunted house and a fireworks display.
Good atmosphere guaranteed and many surprises! Pumpkins, straw boots, animated sets, costumed staff,… everything is done to impress your children on Halloween! The opportunity to make them discover or rediscover this French amusement park in an original atmosphere!
In addition, everyone is invited to come in disguise to have fun in the park in an atmosphere worthy of the most beautiful Halloween parties!

Another traditionnal event when children go from door to door begging for sweets: Liichtsmessdag.

We list here many ideas to go out with your children. 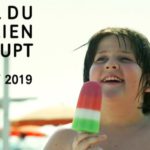 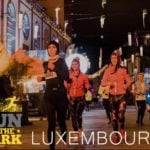 Running for the cause: Run in the Dark, Relais pour la Vie, BroschtkriibslafGoing-out Leisure