Kinepolis wants to offer the best cinematic experience to its visitors. In order to do that, Kinepolis offers an innovative cinema concept, which is a benchmark in the sector. In addition to its film business, Kinepolis is also active in film distribution, event organization and property management.

At the entrance to the Kirchberg ditrict you will find the largest cinema in Luxembourg with 10 halls and 2 427 seats (including 232 Cozy seats), Laser Ultra technology and an exceptional 4DX room. The programming favors first and foremost the blockbusters and other events such as festivals, exclusive previews and theme nights.

You can park in the Auchan Shopping Center or come by tram stop Alphonse Weicker.

The Kinepolis Belval cinema is located in the BelvalPlaza shopping center in Esch / Alzette. It offers 7 state-of-the-art rooms, including the largest in the country with 537 seats. Comfort with oversized chairs, incomparable sound and image, varied programming for all audiences.

Kinepolis Belval welcomes also a significant number of students considering the proximity of the campus of the University of Belval.

As in each of its 3 cinemas, companies organize their professional events in Kinepolis.

Created in 1983, this cinema is located in the district of Luxembourg-Limpertsberg. It has an “art and essays” oriented programming and projects films from all over the world.

For an audience of film fans, Cinema Utopia continues to broadcast films reserved for an informed audience, with a preference for arthouse movies.

Ciné Utopia and Kinepolis Kirchberg participate in the Luxembourg City Film Festival, which takes place once a year in Luxembourg and brings together a cinema-loving audience for a multi-day event. Every 1st Sunday of the month, find the Ciné breakfast. 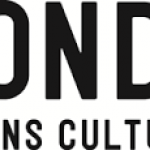