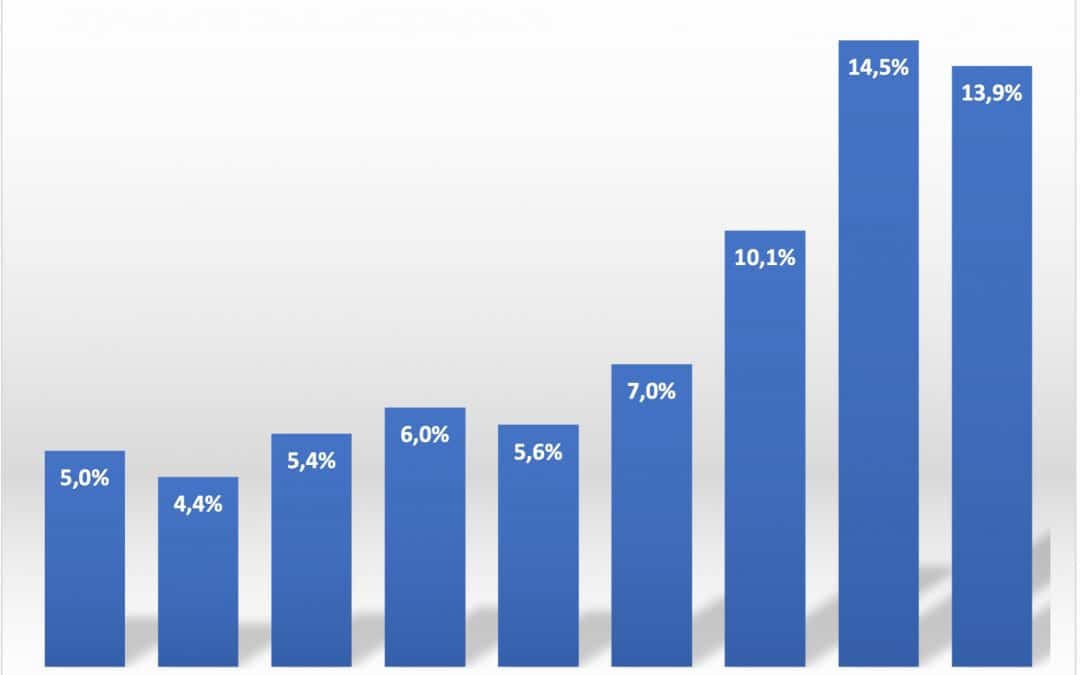 Are you planning to move to Luxembourg? You should know that property prices are high and continue to rise due to a shortage of housing. The developments under construction are not sufficient to meet the growing demand, despite new projects.

The situation is not likely to change in the near future. Forecasts indicate a significant increase in the population in the coming years, coupled with strong economic growth. Here we take a look at what you need to know before buying in Luxembourg.

New constructions are multiplying, not only in Luxembourg City but also in the whole country. New projects are constantly being built (see real estate market).

The capital Luxembourg City remains very popular and prices are exploding even in the surrounding areas. The north of the country is increasingly in demand, particularly thanks to the Nordstrooss (motorway to the north). Prices there are still affordable. The south continues to attract, due to lower prices and good connections to the capital. A fast tramway will connect the Cloche d’Or district in Luxembourg to Esch-sur-Alzette, via Foetz, in less than a quarter of an hour by 2030.

Price increases in the real estate industry are increasing more in Luxembourg than in other European countries, which is proof of the growing interest of customers in this destination.

A price per m² still on the rise

Luxembourg continues to attract an active population in search of work, but also a high-end clientele. They are looking for a privileged and secure living environment. While the average price of an old flat was around €5,000/m² at the end of 2017, it is now close to €10,000. After being quoted at €6,300/m² for new projects, prices are now reaching over €15,000/m². In Luxembourg, car parks are around €90,000, and even more than €130,000 in certain areas of the city centre.

Location is a key factor

There are of course disparities in property prices in the Grand Duchy. The Canton of Luxembourg is undoubtedly the most expensive. The average budget for buying a house is more than 1,000,000 euros, which is twice as much as in the north of the country. The further away from the city of Luxembourg, the more affordable the prices.

Prices per m² in the canton of Luxembourg are at least 9,200€/m² in new buildings and 8,495€/m² in old buildings. This compares with prices in the north of the country of 5,227€/m² for new homes and 4,424€/m² for old homes. Between the two, prices decrease between the Capellen/Mersch region, the East region and the Esch-sur-Alzette region.

The surface area or the type of dwelling are determining elements for the prices. Overall, prices per m² decrease with the size of the property. It is true that small areas are a good deal for investors, who are pushing up the market.

A flat under construction is subject to a 15 to 20% premium compared to an old flat of equivalent size and located in the same place. However, we can see today in 2022 that investors are starting to lose interest in new buildings in favour of older ones. The returns are indeed more interesting and the time required to make properties available is shorter. With Covid, building sites are experiencing delays that are difficult to resolve due to a lack of raw materials.

Land prices have clearly contributed to the rise in new housing prices. This increase is all the more important in urban areas. On average, house prices rose by 5.7% between 2010 and 2019, while the price of building land increased by 7.0% annually over the same period.

The government is currently looking for new measures to give oxygen to a real estate market lacking in supply.

The municipalities are now aiming to increase the share of multi-family buildings or two-family houses versus single-family houses. Only 15 municipalities out of more than 100 have a majority of their housing stock in flats. Among them, the top three with the city of Luxembourg 80% of flats, Esch-sur-Alzette 69.4% and Hespérange 63.1%. In concrete terms, the stock of single-family houses, which are largely represented with 82.8% of buildings for residential use in 2019, is decreasing. The share of apartment buildings in the total number of dwellings under construction is increasing. They now represent more than 16% of the housing stock since 2001, compared to less than 7% before 1919.

But when we talk about a population of more than 1 million people in 2060, what are the prospects for the future? In order to prepare the country to welcome these new residents, the reduction of the size of housing could be envisaged in order to increase the number of offers. Legislation could also evolve to allow for higher occupancy rates, for example by renting out unoccupied rooms.

But the main issue today is to entice landlords to free up land, when they have no interest in seeing prices fall. According to a recent study by the Observatoire de l’habitat, 84% of potentially buildable land is owned by about fifty private individuals and companies. The next finance laws should be made in this direction.

Looking back over the last few years

The housing figures published in the 4th quarter of 2019 by L’Observatoire de l’Habitat and Statec confirm the global feeling. House prices have soared over the past 12 months. Housing prices have risen by 11% over 1 year, from Q4 2018 to Q4 2019!

Due to the Brexit and the arrival of foreign workers on the Luxembourg market, the existing imbalance between supply and demand for housing has increased. Despite the many projects underway, the future supply of new housing is not keeping pace with the population growth.
Luxembourg’s popular districts such as Limpertsberg, Belair, Kirchberg, Grund and Merl remain safe havens. Prices in these areas remain in line. In the rest of the country, the south is accelerating its development. In the west, the municipality of Steinfort is regaining its attractiveness thanks to investments in infrastructure projects. The north of the country is finding new interest due to the development of road transport networks. Prices remain more affordable. The municipalities of Ettelbruck, Diekirch and Wiltz are the most dynamic today.

The introduction of free public transport means that property near the networks has increased in value.

2018, a continuation of the real estate boom

In 2018, the market is experiencing a record price increase of 7% compared to the previous year. According to experts specialised in residential property, over the last 10 years, this increase was more in the order of 5%.

The attractiveness of Luxembourg in terms of population inflows seems to be the main explanation for this price increase. In 2018, more than 11,000 people moved to Luxembourg, which represents 1.8% of its total population. The constant increase in residents is no longer in line with the supply of new housing. More than 6,000 additional flats would have had to be provided in 2018 to cover the demand. In addition, the very low interest rates offered by banks for borrowing support the demand for property purchases. This is helping to push prices up to record levels.

Rental prices also increased significantly in 2018. This increase was particularly noticeable in the districts of Bonnevoie, Gasperich, Merl and Belair. There was an increase of 6 to 8% in the Station district alone.

2017 marks the beginning of an upward trend

The joint report by the Observatoire de l’Habitat and the Statec (Institut National de la Statistique et des Etudes Economiques) was unequivocal at the time. The Grand Duchy appears to be a safe bet and very popular with investors. The high quality of real estate and the attractive tax system make Luxembourg an investment destination. In 2017, the volume of transactions increased by 12% throughout the country.

Why become a homeowner in Luxembourg?

Find out more about housing in Luxembourg.