Since 1968 in the Grand Duchy of Luxembourg, every Thursday of Ascension, nearly 20,000 Catholics and for the majority of them of Portuguese origin, come to give thanks to the one whom they worship and cherish among all: «Nossa Senhora de Fatima “, Our Lady of Fatima for which is celebrated a mass followed by a religious procession.

It is on the heights of Wiltz in the north of Luxembourg and in the wilderness, at a place called “op Bässent”, that a modest sanctuary was erected in July 1952 by inhabitants of Wiltz. While they were hidden in a cellar during the terrible battle of the Ardennes, they promised themselves to give thanks to Our Lady of Fatima if they survived the war.

Dedicated to the Virgin Mary, this sanctuary is at the origin one of the most important religious pilgrimages of the Grand Duchy, with Octave to Notre-Dame de Luxembourg or the dancing procession of Echternach.

Since 1968, the pilgrimage of Our Lady of Fatima to Luxembourg has become over time the expression of an intense popular jubilation and a family celebration where harmoniously devotional devotion, cultural tradition and community folklore.

Our Lady of Fatima is also celebrated throughout the world by communities of Portuguese origin since the Virgin Mary appeared six times during the year 1917 to 3 children in the small village of Fatima in Portugal. The Catholic Church recognized these appearances in 1930, which will make this village of 2,500 inhabitants in Portugal a high place of pilgrimage. If Notre-Dame of Fatima is traditionally celebrated in Luxembourg every Thursday of the Ascension , the Catholic Church has fixed this celebration on May 13th, date of the first appearance of the Virgin to the children of Fatima in 1917.

More information about the population in Luxembourg and the Portuguese community.

My Urban Piano Luxembourg: do your scales outdoors!Going-out Leisure 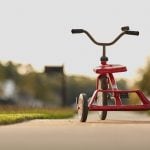 9 things to see and do in Luxembourg!Going-out Leisure